Take the Brain Out: How Hip-Hop is like Yoga


I love hip-hop. Not the trash on pop-radio, not Kanye West or any rapper whose subject matter is money or women, and definitely not the stuff that's played in clubs. I love real Hip-hop - drum machines, stabby guitar lines, samples, scratching, intelligent lyricism, word play, cross references, subtext, collaborations.

KRS One, who to many is considered the father of hip-hop, defines the genre as "more than music," and challenges that it's a philosophy as well as a lifestyle. In his track "Hip Hop Lives ft. Marley Marl," he explains that, "hip is the knowledge/hop is the movement/hip and hop is intelligent movement or relevant movement."

Hip-hop is yoga...it's vinyasa. It's a philosophy that encourages mindfulness, of staying relevant and moment-specific, of speaking from the heart to communicate clearly, of moving with meaning and standing for a cause. Like yoga, hip-hop culture demands participation, self-actualization, creativity and respect.

Friday night I had the luxury of seeing one of my favorite hip-hop artists at the El Rey Theatre in Hollywood. I've followed Aesop Rock for over 10 years, have loved every one of his albums, and his newest is no exception. His wordsmithery is impressive and calls into question the vernacular finesse and diction of so many of his peers.

Aesop Rock released his first album in over 5 years a few days before I saw him at the El Rey. One of his tracks off the new album, entitled "Homemade Mummy," instructs listeners how to mummify your cat. Give it a go and you may hear what I did - a deeply yogic subtext paired with a verse that educates.

"Take the brain out/keep the heart in..."

p.s. if you're not into hip-hop but are open enough to check out the link above, keep this in mind: I love this guy because he challenges your listening skills. Like a busy brain in a yoga class, tune in and listen. Adjust as needed. Repeat.
Posted by Niki Saccareccia, E-RYT at 10:31 PM 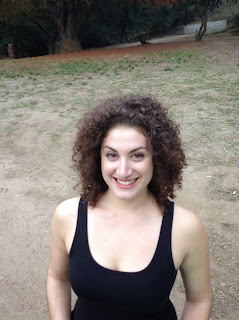